Will gay and lesbian people go to heaven?

Question:  Will gay and lesbian people go to heaven? How could a loving God send them to hell if they might have been born that way?

Answer:  The Bible says that if a person believes that Jesus is the Son of God and has asked Jesus to come into his life to lead him, he will be in heaven when he dies. Once a person becomes a follower of Christ, God sends part of Himself, the Holy Spirit, to live within the believer to lead him through each day. No matter what the sin is, every Christian struggles with putting his or her old ways in the past. The Holy Spirit continues to teach him or her of what is right and wrong. A Christian’s transformation lasts throughout the rest of his life:

…do not be conformed to what people do in this world but be transformed by the renewing of your mind so that your actions will prove that you are doing what is the good, acceptable, and perfect will of God.  Romans 12:2

Medical researchers have never found any evidence that homosexuality is a characteristic that humans or animals possess at birth. God calls homosexuality a sin just like the other sexual sins of adultery, fornication (sex without marriage), and lust. The Creator of humans warns that these are to be avoided because they are dangerous and can lead to disease and early death. God designed sexual relations for men and women within marriage, not outside of marriage or in an unnatural way. He warns them to avoid these sins and also not to approve of others who are doing wrong:

For the anger of God is shown from heaven against all…people who hide the truth about what is right…and because people were not thankful and did not honor God, their foolish hearts were darkened. Telling others that they knew what was right, they became fools…God allowed them to be unclean and do wrong sexual acts, dishonoring their own bodies…with sickening passions…Even women had sex with each other, which is against nature. Men would not have sex with women but committed what is shameful with other men…God gave them up to their perverted minds…These not only practiced the terrible things and deserve death but approve of others who do them.  Romans 1:18-32

Your Father in heaven is ready to forgive you and mold you into the person He has destined you to be. Have you asked Jesus to come into your life? Say this right now:

Say: Jesus, I know I have done many wrong things, but I want to change. I believe that you are God’s Son, and I want you to be the master of my life to show me the right ways to live my life. I believe what your Bible says about your dying on the cross to pay the penalty for my sins so that I may come to heaven after I die. I know you came back from the dead and are waiting for me in heaven! -Amen

What is the most important thing to know about God? Is there any proof that Jesus was resurrected from the dead? Where is Jesus now? 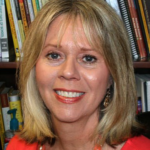